Welcome to the supplemental blog post for Episode 17 of the Victory Kitchen Podcast! The availability of many of the popular spices for Americans was put at risk during the war because... well they were shipped in from all over the world and world war affected shipping a lot! We owe a lot to thank chemists and scientists. They created imitation equivalents to replace Americans' favorite spices that disappeared during the war like black pepper, cinnamon, nutmeg and flavorings like vanilla, banana, and pineapple!

The Birmingham News Sun, 6 June 1943, had a great article called "Your Favorite Flavor" that described the process of making extracts and told about all the cool work scientists were doing to create synthetic flavorings for Americans during the war. They described the process this way:
"A synthetic extract is composed of ingredients artificially made. First step is the breaking down of the natural oil into its component parts, then the quantitative amount of each ingredient is estimated. Each constituent in turn is made test-tube style, then assembled in the exact proportion found in the natural oil. Now comes the comparing of the manufactured flavor with the real thing. Sometimes the first batch is an identical twin to the original - but not once in a blue moon. Patient blending follows, more of this chemical, less of another. Taste, then smell - until it's perfect.
"Imitation and synthetic extracts are an old, old story to chemists, for fruit and nut flavorings always have been made in this fashion if a proper flavor could not be obtained from the original food. Use pure banana for an extract and all its exotic sweetness, its illusive fragrance, doesn't add up to shucks. Some ingredient infinitesimal, but all important, is lost in the process. Chemistry gives a wand wave and the needed touch is restored. Strawberry and raspberry extracts are 99.8 per cent pure juice but a poor flavor if a .2 per cent of esters is not added to give that definite something."
This container is cardboard with a tin top and bottom. In order to save on tin for the war, spice companies switched to cardboard or glass containers. In the case of cardboard "tins" like this one, housewives were encouraged to move the spices to the pre-war tin container they hopefully saved or to a screw-top glass jar and then store them in a cool, dark place to best preserve the spices, whether imitation or the real stuff.
Like I talk about in the episode, Watkins Almanacs had household and farm tips, recipes, and of course their order sheet. Orders could be placed by mail or phone. Notice how Sage is available in 1942, but disappears until 1945. Sage was one herb that was very scarce for America during WWII.

Cookbook Feature: Watkins Cook Book, 1945. I tried four different toast recipes and they were all delicious! 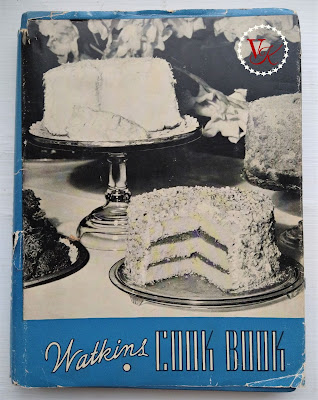 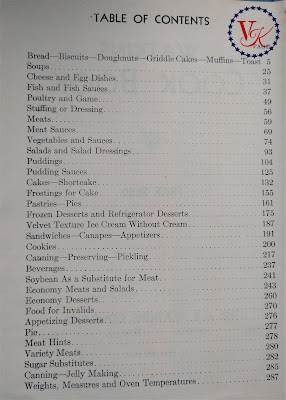 1) Below is Cinnamon Toast made with cinnamon, powdered sugar, and butter stretcher (1/2 butter, 1/2 shortening with 1/2 tsp. butter flavoring and a few drops of lemon food coloring) 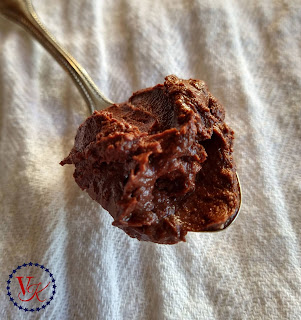 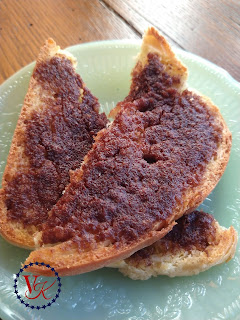 2) Butterscotch Toast: brown sugar, cinnamon, butter:
(I'd back off on the cinnamon a bit in this recipe. It was just too strong of a flavor.) 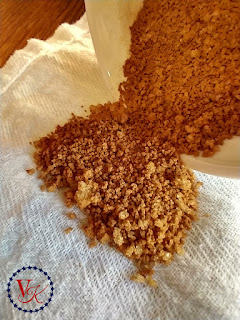 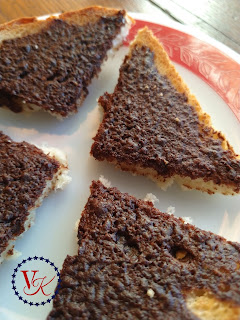 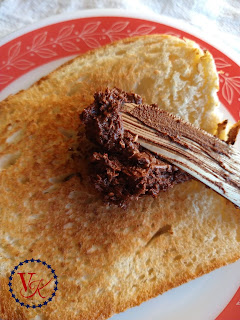 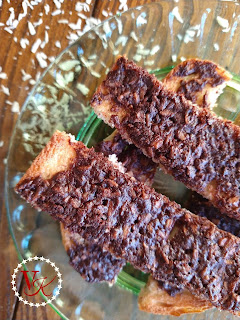 4) My second attempt at Watkins Coconut Toast, this time I left the cinnamon out and just sprinkled it on before toasting. It was delicious! 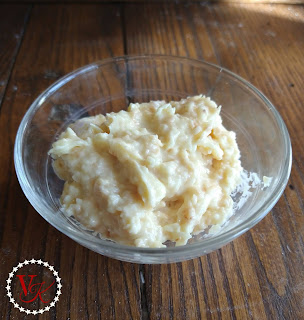 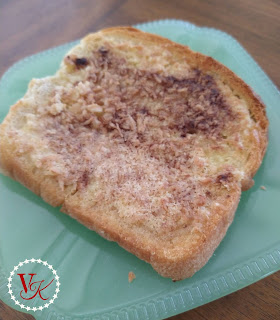 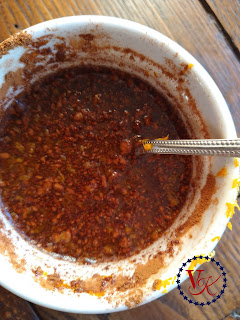 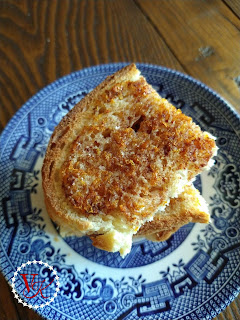 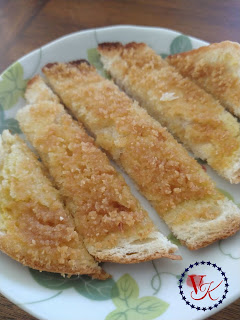 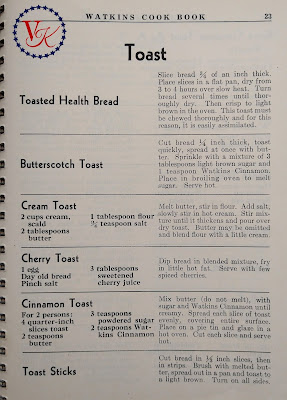 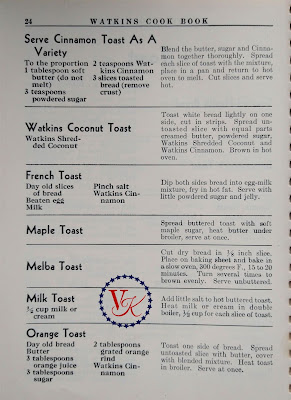 A really heavy article from 1941 about price control in wartime

History of Old Bay Seasoning and its creator

Interesting history of Joseph Burnett of the Burnett’s Standard Flavoring Experts who made a pure vanilla extract and was known for his other pure ingredients, including in his work as a pharmacists and his role in the first successful painless dental surgery using ether.

Email ThisBlogThis!Share to TwitterShare to FacebookShare to Pinterest
Labels: spices 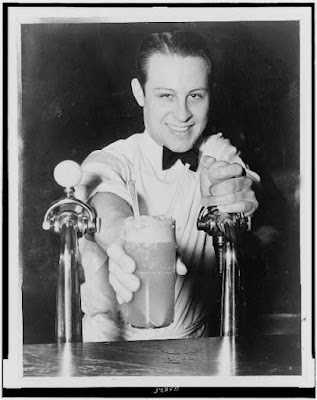